skip to main | skip to sidebar

I grew up listening to Elton John, so when I heard he was having his last concert, (we'll see...), I really wanted to go. Tickets were uber pricey, (at least by our standards). When Christmas came around, John asked if I'd like tickets as my Christmas gift. I quickly took that off and bought us tickets for his concert in March.

The set was elaborate 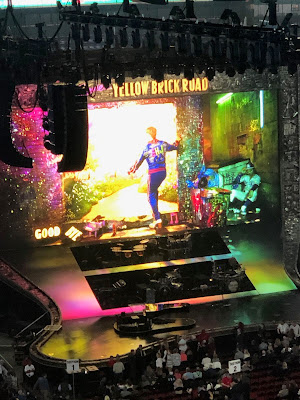 Best of all was spending time with this guy! 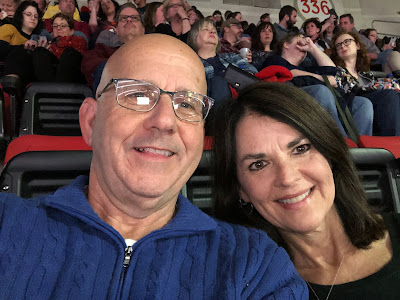 He gave a great show! 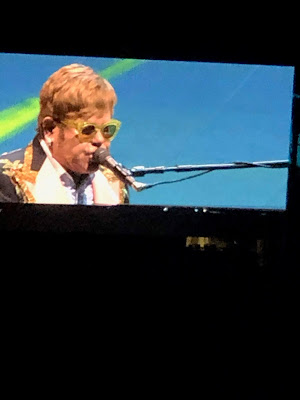 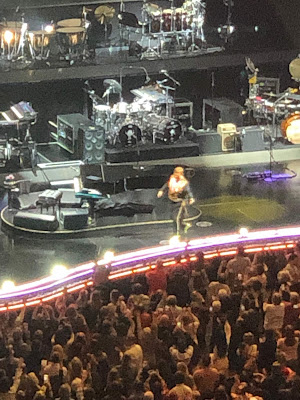 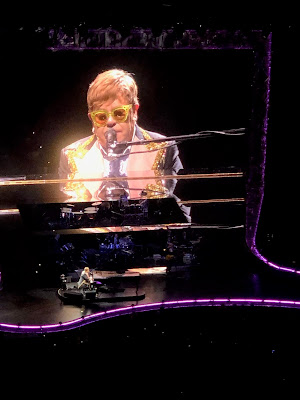 He many of my favorites, including my two very favorites..."Daniel" and "Your Song". He talked quite a bit and gave background on several songs. I loved every minute of it!!


A few days later we had another unique opportunity. John's company had tickets to the ACC tournament, in Charlotte,  and since his customer was bringing his wife, I was needed to round out the foursome. At first, I wasn't that thrilled. The prospect of being, "on" for an evening wasn't very fun. But.... I would have missed out on an extraordinary experience. We entered into a special entrance, in the line with us was a former governor of our state. The masses were bulked 50 people deep, while we sauntered in within a minute. Then we got to our seats.... 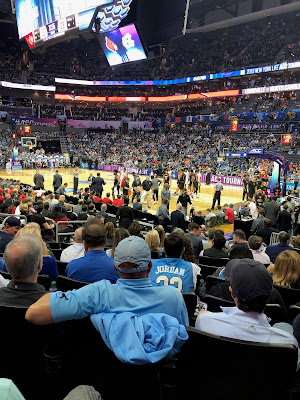 Amazing.. So very close...(this was the 2nd game which Duke played). Carolina played in the first game. 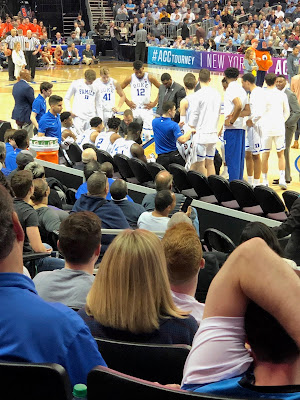 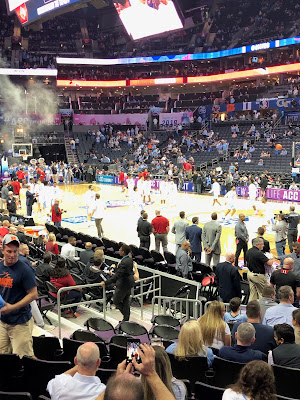 Later John picked us out of the crowd 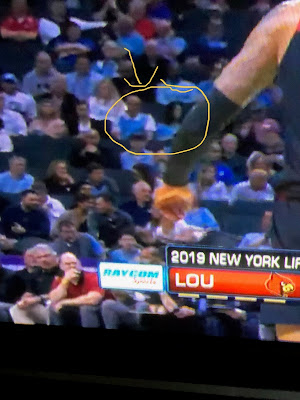 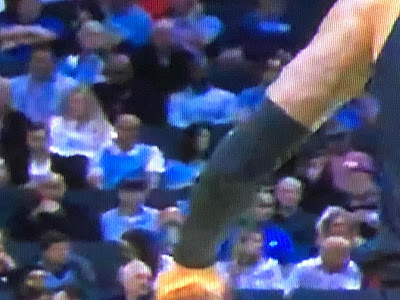 This was the outfit I wanted to wear, but the scarf came in too late...oh well, maybe next year! 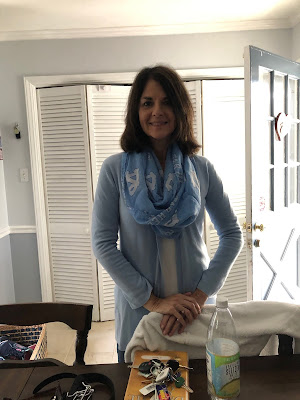 Our boys in blue warming up 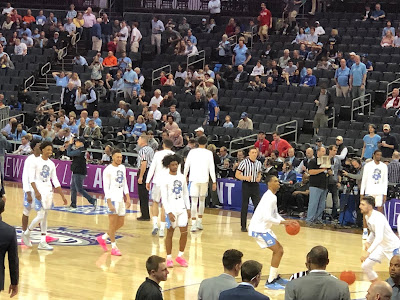 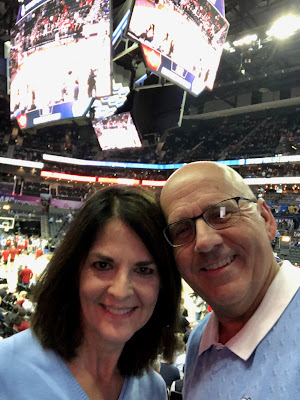 Undoubtedly this is not an opportunity that happens very often. Glenda
My husband, John, and I have been blessed with 6 marvelous kids. The path to each of them, whether by birth or adoption from China, was orchestrated by God and we are grateful for each of them. This blog is about our family. 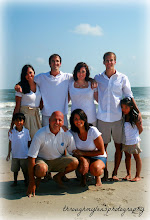 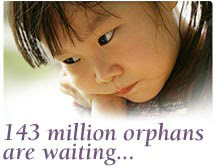 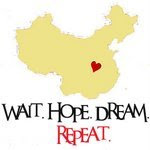 "The Bible calls debt a curse and children a blessing; but in our culture, we apply for a curse and reject blessings. Something is wrong with this picture." ~ Doug Phillips

"Life is not a journey to the grave with the intention of arriving safely in a pretty and well preserved body, but rather to skid in broadside, thoroughly used up, totally worn out and proclaiming, 'Wow, what a ride!!!'"

"Pure and lasting religion in the sight of God our Father means that we must care for orphan and widows..." James 1:27

"Occasionally in life there are those moments of unutterable fulfillment which cannot be completely explained by those symbols called words. Their meanings can only be articulated by the inaudible language of the heart.” - Martin Luther King Jr

"To be certain of God means that we are uncertain in all our ways: we do not know what a day may bring forth. This is generally said with a sigh of sadness. It should rather be an expression of breathless expectation."- Oswald Chambers

"All that we call human history--money, poverty, ambition, war, prostitution, classes, empires, slavery--[is] the long terrible story of man trying to find something other than God which will make him happy." -C.S. Lewis

"One can give without loving, but one can not love without giving." Amy Carmichael

"The past effects the future, but does not have to determine it"
-Dr. Karyn Purvis

"Time and experience have taught me a priceless lesson: Any child you take for your own becomes your own if you give of yourself to that child. I have born two children and had seven others by adoption, and they are all my children, equally beloved and precious" ~ Dale Evans

"How can there be too many children, it's like saying there are too many flowers." ~ Mother Teresa

“ The most precious jewels you’ll ever have around your neck are the arms of your children.” ~Author Unknown Add Snippets to your site

September 2008
Announced to family that we were planning on adopting from China for the second time
October
Started homestudy
November
Finished all our homestudy visits, but had to get extra clearances for Daniel and Anna
January 2009
Send I800A to USCIS in Chicago
February 20
USCIS agent called and said approval was ready, but we might want to consider having Anna fingerprinted(she would soon turn 18)
February 26
Dana, our advocate, called and we first saw Eli's precious face
March 23
I 797C- USCIS approval
March 24
Dossier sent to our agency, A Helping Hand
April 4
Dossier sent to China!!! Praise the Lord!
April 15
Log In Date!!
April 22
Nurture and Care Plan, formerly LOI sent to CCAA
April 29
Pre-Approval
July 2
Letter of Acceptance, or Letter Seeking Confirmation
July 6
Mailed in acceptance
July 10
Sent in I 800
July 12
I 800 received in Chicago
July 13
First Pre-Travel Meeting
July 24
Email notification of I 800 approval
July 28
Received I800 in the mail
July 29
Documents sent to Guangzhou
August 4
Cable sent from NVC to Guangzhou
August 10
Article 5 done and picked up by courier
August 31
Travel Approval
September 10-26
Travel to China